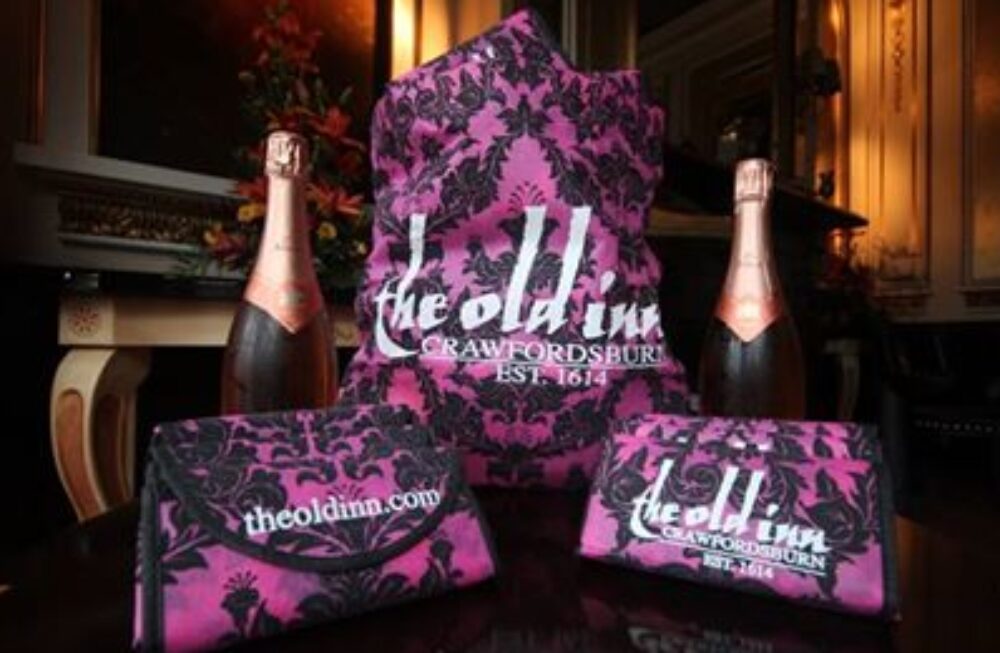 The Old Inn is a family-owned hotel that has been in business for 30 years. In 2010, the hotel decided that its brand image needed more consistency so they set about improving it. They improved their logo and brand image, cleverly using the hotel’s building as inspiration for the rebranding. The black and white exterior is reflected with a monochrome palette and the hotels interior with touches of rich colour and damask. The rebranded look was rolled out in promotional literature, giftcards, the hotel’s website and social media channels, as well as a promotional foldable tote bag.

As the rebrand was completed, the hotel heard the announcement that Northern Ireland would be introducing a 5p plastic bag tax. They decided to use this news item as a launchpad to further promote the hotel and increase brand awareness. They commissioned Smart bags to create a foldable promotional tote bag which is deal for shopping trips and would act as a walking advertisement for their brand each time it’s reused.

The Foldable Tote Bags were also used in several Facebook and Twitter campaigns. The Old Inn ran a Facebook competition – the prize was two bottles of champagne presented in the custom-made foldable tote bag. The bag also contained a voucher for a mystery amount and entrants had to try and guess how much the voucher was worth. The fan with the closest guess won the goody bag!

The Old Inn created a limited edition of Pink bags which were sold exclusively during Breast Cancer Awareness Month in October. The bags were sold for a minimum of £5 and the hotel raised £300 for the charity. Sales of the bag were advertised on Facebook and the hotel also created a You Tube video showing how to fold the bags back up.

“The boxes arrived on time, well packed and labelled. Matt also suggested variations in handle size and contrast piping which worked really well. Because our bags were slate grey and black with a white logo, avoiding any strong colours we can put them with anything. The slate grey has a nice slightly purple hue to it which is really great for giving it more of a superior quality look to a flat grey. I think the choice of colours Matt provided was great and we are looking at doing ‘special’ variations like the pink charity totes, e.g. green bags for St. Patricks Day and Red bags for Christmas promotions"

How to Bag Your Brand - Download your Free Guide now!